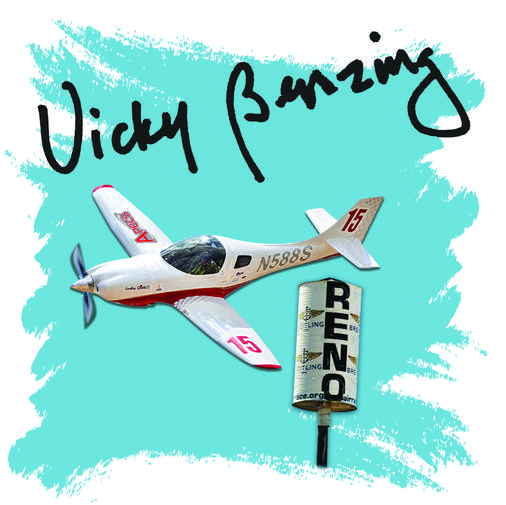 Join us at the National Championship Air Races in September!

Vicky began racing in the National Championship Air Races in 2010.  Competing in the Sport Class she won her very first race ever and was awarded the honor of being chosen the sport class "Rookie of the Year."

n 2015, vicky raced the world's only l-139 jet, owned by dianna stanger of port lavaca, tx.  with a qualifying speed of 469.8 mph, vicky became fastest woman ever in the history of the reno air races. you can find out more about racing the l-139 jet at darkstar air racing.

In 2017 vicky qualified a twin turbo-charged lancair legacy, "lucky too," as the fastest lancair legacy ever on the course at reno and raced it to a second place finish in sport gold.

come out to THE RENO/STEAD AIRPORT and cheer her on at the national championship air races  in september of this year!